I met new and familiar faces that weekend, and later on we discussed about our recommended sports romances. We had a guest who would be arriving at a later time, and it was good timing too, because come of the books we talked about had racy covers other points that would’ve spelled awkward for some. I was supposed to talk about a book that I really didn’t like (because reasons), but our guest had arrived. It wasn’t hard to miss him—he just towered over everyone else at 6 feet and 5 inches.

It was my first time to meet a professional basketball player. Heck, it was my first time to meet an athlete who was that grounded and honest. Gabe Norwood was a fun and candid person and I was just sitting there beside him trying not to let the feels show. He was funny and game to answer all the questions thrown at him, and he wasn’t the least bit intimidated he was the only guy at the table getting all sorts of questions ranging from his work as an athlete to the story behind meeting his wife (and also about groupies, opportunities, medical insurance, co-athlete romances).

Everyone could tell how Gabe loved his family every time he talked about them. He talked about sports like he was born to be an athlete (he is, really). I may not be a hardcore basketball fan, but I was in awe of this guy who was the epitome of humility, fidelity (naks!), and good natured-ness. I think that was what all of us felt after the discussion, and it was extremely nice of Gabe to hang out after everything (I had to leave right after, though). It would be interesting to have his wife join in the discussion…maybe that could happen sometime in the future. *fingers crossed*

So, was it a good idea to have shown up that weekend? You bet. 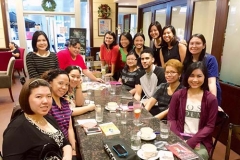 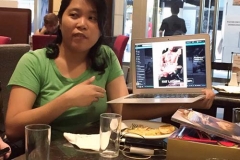 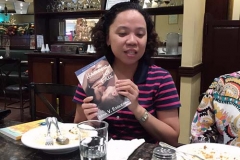