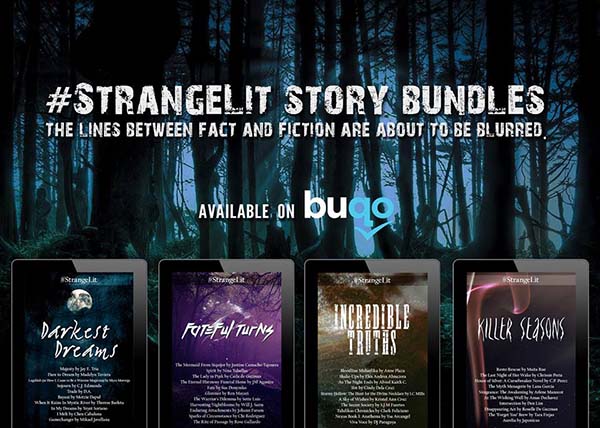 So last July, I signed up for a writing workshop called #StrangeLit facilitated by Mina V. Esguerra and Bronze Age Media, as well as sponsored by Buqo. This was different from the previous workshops of Mina that I’ve attended, mainly because it’s about paranormal and urban fantasy. I have a soft spot for fantasy because it saved my sanity once when I was going through emo stuff back in college. Ever since then, I’ve been reading one fantasy book after another, and I thought it would be a good challenge to try my hand in writing a story in the said genre.
History has a way of repeating itself, but I won’t bore you with the details. This workshop came at the right time, and I couldn’t be more thankful I was part of it. The story that’s been in my head for so long has finally seen the light of day.