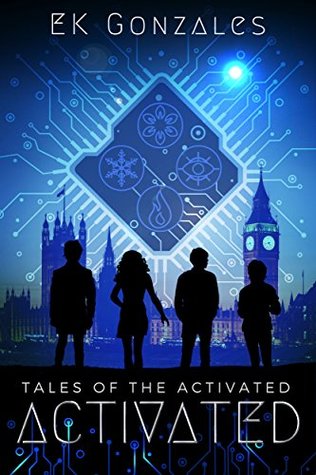 In two regions where elements are controlled by programs, four young people must work together and save Pendi from an invasion by Selatan. Fire programmer Lan has given up on life. Heal programmer Beika has to prove her worth and her friendship. Futuretell Marceau must defend her new authority. Ice programmer Soji must seek his reason to live. They will have to work together to get back Pendi’s new Crimson Master before it is too late.

I could definitely see this as an anime.

E.K. Gonzales’s Activated is a YA high fantasy story of young programmers who control the elements. I honestly think it’s a creative way of presenting magic apart from what we’re used to. E.K. has a way of telling stories that resound well because of the interesting characters that come along with it. E.K. has been writing since forever, mostly for speculative fiction anthologies both here and abroad. Her short stories have always been a personal favorite precisely because of the characters that are pretty much complex and three dimensional. 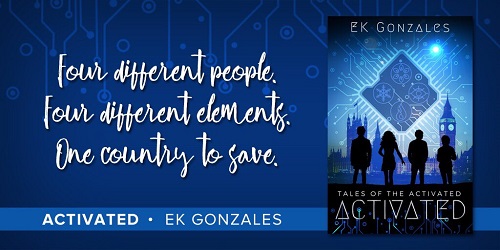 In Activated, the four elemental programmers Lan (fire), Soji (ice), Marceau (futuretell), and Beika (heal) were distinct that they had their own personalities that made them stand out individually. Each characters’ motivations helped the story move forward and make you want to root for them. But what made this story extra special for me was how E.K. tackled the issue of depression and suicide. Lan clearly suffered from this and had wanted to end his life many times throughout the story. The story hit close to home because I have friends who’re struggling with similar situations. As a reader, it was redeeming to see a character come out of such a harrowing experience a lot stronger, thanks to the staunch support of his friends. It’s rather timely that the author took up this subplot in the story as we need to elevate the discourse of mental health and help people realize the importance of a strong support system to help others with their day-to-day struggle. There was no mincing of words or cover-ups in this story, which I felt was a good way to present the topic and educate readers on how to help.

Despite Activated being an extremely easy story to get into, I feel like there’s more to the world of Pendika and Selati that what was mentioned in the book. The reason why I held out that last star was because I felt the need for an initial explanation what programmers were, how they choose their specialization, and whatnot. While some of these were doled out in context, it would’ve been nice to have been given a short intro. Don’t get me wrong, the world building was solid, but it would have been a helpful addition.

Anyway, I advise that you go and pick up this book. It’s a worthwhile read and I’m curious to know who’s going to be your favorite from among the four interesting characters. As for me, I’m rooting for Soji, and there’s more to him and the rest of the gang in the next book, Harmonics!