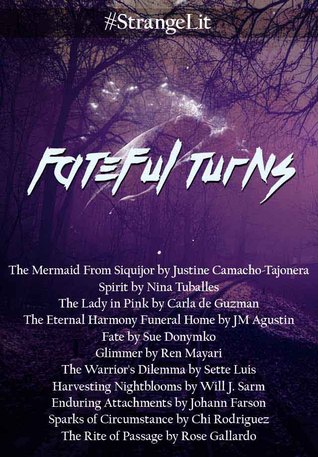 Maybe once upon a time we all were ordinary, until the day life took a fateful turn. Do we accept this, or run from it? Explore the path of extraordinary choices in these stories.

The Mermaid from Siquijor by Justine Camacho-Tajonera

I’m a sucker for stories dealing with Philippine mythology and folklore. There’s so much to explore and talk about in our own myths that I want to constantly look for stories that feed my wonder and interest in this topic. Justine Camacho-Tajonera’s The Mermaid from Siquijor was the perfect read–it was an intriguing story about mermaids/sirena and it had elements of mystery and romance. I was sold!

I know Justine personally and we’ve been classmates in several of Mina V. Esguerra’s writing workshops. Justine’s prose has always been vivid and fluid, which is why it’s always easy to get into the story without so much as a hiccup. But in this #StrangeLit story, the disconnected stories of the past and the future made the flow a bit disorienting. I understand the need to establish certain back stories, especially the significance of the bearers of the light, but I somehow could not get past the breaks within the chapters. I would’ve wanted something more seamless, and maybe dividing the story to the realm of the merfolk and the human world would’ve worked better. Both Elena and Lorie’s worlds were intriguing and I would’ve wanted to know more about their stories, however the current construct of the piece interrupted what otherwise would have been a well-executed plot exposition.

Having said that, I appreciated how Justine presented a different take on the sirena lore. I’m not sure if we have a lot of these stories around as compared to its Western counterpart (the only one I’m aware of is Mars Ravelo’s Dyesebel), but The Mermaid from Siquijor wasn’t only chock-full of wonderful tidbits on mermaids, but it also took me on an exciting trip to the mystical island of Siquijor. I think it was the perfect setting for this story as the place really was beautiful in a mysterious and captivating way. Anyone who’s been to the island would get that vibe, and I’m delighted Justine took great attention to detail in the setting.

The Mermaid from Siquijor was still an enjoyable read and as much as I know the story has been concluded in this installment, I would want to read more about the bearers of the light. Maybe there’s a possibility of a spin-off story? 🙂

Since I wanted to know more about the world Justine created, here’s a short interview where I nitpicked the author’s thoughts and personal experience writing the story and visiting the mysterious Island of Fire.

What was the inspiration behind The Mermaid from Siquijor? What makes it different from the typical mermaid tales people know of?

I’ve always been fascinated by mermaids. 🙂 I did a short story on it a couple of years ago and released it as a free e-book. A lot of people were interested in it as well. So, what makes The Mermaid from Siquijor different from the typical mermaid tales people know of? I showed how the mermaid in my story is an immortal and how she has become part of the island, its history and its culture. I also made my mermaid have the partial biology of a mammal (dolphins) rather than fish. I was thinking…if a mermaid is part human, then their aquatic side should be more warm-blooded rather than cold-blooded. Lastly, mermaids or merfolk are usually seen as part-monsters, luring sailors to their death. I made them guardians of the earth rather than monsters…with an advanced civilization.

You mentioned that you did research on Siquijor and explored the place as well. What was the most interesting tidbit of information about the island that made you choose to be the story’s central setting?

Siquijor is known for witchcraft and the supernatural. When I was there, I was more fascinated with the pristine condition of the island. It’s very beautiful. I actually would prefer to perpetuate the idea of witchcraft if it would keep the island untouched. One of the most intriguing places in the Siquijor, for me, is the century-old Balete tree in Lazi. I made sure to include it in the plot of my story. Siquijor has many mysteries. That’s what made it an ideal setting for my story on the merfolk.

What’s the most interesting mermaid story that you’ve heard of (may be local or not)? How did this shape your plans for The Mermaid from Siquijor?

I actually researched mermaid stories all over the world for this story. But the most interesting story isn’t even a folk tale but rather a news report. There was an actual news report about people protesting at the Silliman Marine Laboratory about a hostage mermaid that was causing the recent storms in the area. I fictionalized the tidbit and included it in my story.

If you were to choose a favorite spot in Siquijor? What would it be and why?

My favorite spot in Siquijor would be the beach, particularly Marmarine Villa Resort (it’s a Japanese-Filipino resort). It’s very quaint and the service is very warm and friendly. My second favorite place is the century-old Balete tree in Lazi, with a spring at its base. 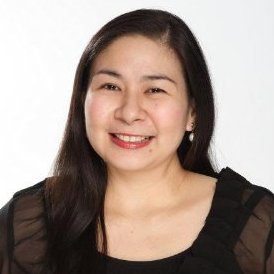 Justine Camacho-Tajonera was born and grew up in Cebu City, Philippines. Despite starting a corporate career in telecommunications, she pursued her masters in Literary and Cultural Studies to keep her close to her first love of writing.

She has had her poetry published in several anthologies and local publications and she has published three books: Artemis Lets Go (novella), A Portrait of Jade (novella) and Gift: Poems, her first collection of poetry. She works full time at a corporate job in the Philippines, is married, and has two children whom she homeschools with her husband. Contact: Blog | Twitter 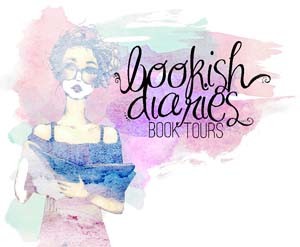 Thank you to the lovely people of The Bookish Diaries Book Tours for organizing this tour. I’ll be featuring more of the #StrangeLit book bundles here so I hope you check out this space soon!